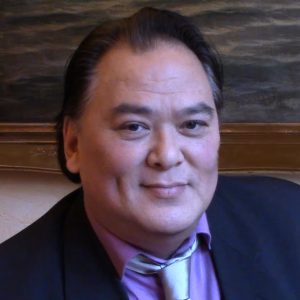 The composer and lyricist Michael Chu is a Chinese-American tenor.
Born in Bakersfield, California, he studied Drama at Dartmouth College.
First Prize Winner of the San Francisco International Competition, and recipient of the Mozart Award from the Eleanor Steber Foundation.
Appearances as concert soloist in the Leipzig Gewandhaus and in the Berlin Philharmonic.
Since 1993, he has been a member of the Leipzig Opera chorus, and has sung numerous solo roles.
Guest appearances in Germany (Deutsche Oper Berlin, Semperoper Dresden, Staatsoper Berlin, Nationaltheater Mannheim, Bavarian State Opera Munich) as well as in Holland, Luxembourg, Italy, and at Music Festivals in Lucerne, London, Hong Kong, Beijing, and Bayreuth.
“Never Give Up on Love” is his first song cycle.
He is currently composing a musical.